Progress in malaria control in the past decade is attributed largely to the massive scale-up of insecticide-based interventions targeting malaria-carrying mosquitoes including long lasting insecticide treated nets (LLINs) and indoor residual spraying (IRS). According to the Malaria Atlas Project, 663 million cases of malaria have been averted between 2000 and 2015 by malaria control interventions. An estimated 78% can be attributed to vector control interventions: 68% (451 million cases) were averted by LLINs and 10% (66 million cases) were averted by IRS. The emerging and rapid spread of insecticide resistance threatens the utility of LLINs and IRS. The effectiveness of these tools must be maintained if global progress against malaria is to be sustained and increased.

WHAT IS IR MAPPER?

How to View Own Data

Users can view their own data on the map alongside existing published data. The "View Own Data" tab located at the top right offers the following menu:

Note that user data are not stored or added to the database.

We recognize that users may have varied browser preferences. However, for the best experience on IR Mapper, we recommend using Internet Explorer 11 and above, Firefox 28 and above, Chrome, Opera and Safari browsers.

IR Mapper is a joint initiative. Data collection and collation is performed by Vestergaard, data proofreading is conducted by KEMRI/CDC and the interactive map platform was developed by ESRI Eastern Africa (collectively “IR Mapper”). 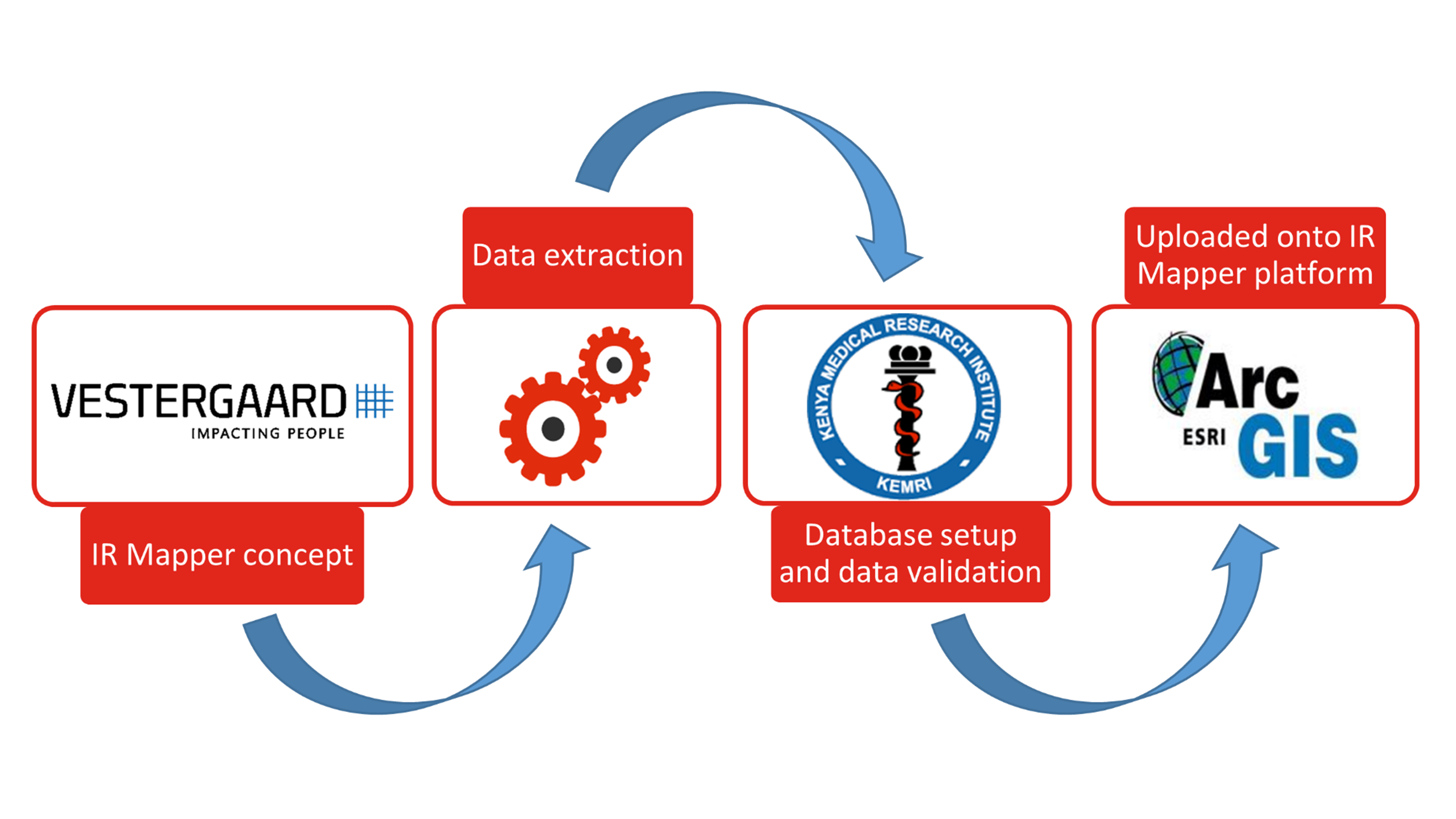 Disclaimer: Data provided by the IR Mapper application is to the best of IR Mapper’s knowledge correct and true. However, the data has been produced by using, and in reliance on, information furnished by third parties and such information has not been independently validated, verified or confirmed by IR Mapper. Thus, IR Mapper makes no representation or warranty (express or implied) to any User of this website in relation to the data, and IR Mapper’s expressly disclaims any liability whatsoever (whether in contract, tort or otherwise) to any User. If published data appear to be missing or there are errors, kindly contact us with further information.

Leave us a message or email us at info@irmapper.com